“There will be those who want to judge the validity of who you are.
Let them talk, baby you just WALK.”

I heard the incredible and fiery Wendy Perez speak that truth bomb at Devoted Conference a few weeks back and it wrecked me in the best of ways. A simple but powerful reminder.

If you’re in a transition season, or a season of loneliness after making a hard decision that has people confused and disappointed, even if that decision was in obedience to God… that first sentence probably resonates with you without much further explanation.

We can’t control the narrative on what people will choose to believe about us.

We are only responsible for the state of our own hearts, our actions and reactions, and the fruit of our own lives.

We don’t have to fight for our own justice; the Lord has already gone before us. Let’s leave the fighting up to Him because (again) the battle isn’t against flesh and blood. We can just keep walking on in our mission, purpose, and calling, knowing He’ll take care of the rest.

I’m learning more and more recently that people-pleasing is an idol and a calling de-railer. One that I have willingly served and given too much power to.

I don’t make enemies. I try to stay on everyone’s good side. Unless you’ve threatened my dog or my family, I probably haven’t had an issue with you. It’s something I have been proud of for most of my life.

That fear can be debilitating.

This season is certainly breaking me free of that.

Proverbs 29:25 says, “The fear of human opinion disables; trusting in God protects you from that.”

We were made for more than continuously walking on eggshells so as to not offend anyone and backtracking through every single friend and acquaintance to make sure we’ve kept everyone feeling perfectly comfortable.

Fact: I am not called to keep everyone comfortable. Neither are you. Why do we keep picking up this burden like it’s in our Christian girl job description?

At the end of the day, if I am seeking the approval of God alone, than the relationships in my life that truly matter will benefit from that.

Keeping peace with others is a beautiful thing… until it creates conflict inside of you and turns into bondage.

When you’re forced to make difficult decisions that others don’t understand, hurtful things are going to be said by people who are misinformed. You will be misheard, misread, misunderstood and misquoted… unfollowed, unfriended, uninvited, unimportant, and unwelcome.

Maybe just by strangers on the internet, but also maybe by the people you once called your tightest circle.

And that’s the reality of the frailty of human relationships.

In the case of some of these relationships, this is what the Lord’s protection looks like. In others, reconciliation will be possible. It may take time and healing but it’s possible. Let God take care of that while you keep your eyes on Him.

People are going to talk, but know that what they say says a lot more about them then it does about you.

Just keep walking where He has called you to. And of course, if you wrong someone, own up to it in humility and apologize, sincerely. Ask forgiveness… but that’s all you can do. The rest is up to their heart.

Know this; the relationships worth fighting for are those that will offer a safe place to fail and give you grace for those offenses, they will forgive and they will give you the benefit of the doubt because they know your heart and have the humility to see the times they’ve fallen short too.

If that doesn’t sound like your circle; get a new one.

If there are people in your circle who constantly nitpick at your shortcomings and stir up conflict or have unrealistic expectations of what you should be for them… if your circle isn’t cheering you on but instead standing at the sidelines judging, comparing, and waiting for you to fail so they can be the first ones to come and tell you how your failure hurt them…….. get a new one.

If you resonate with any of this, I know this season too well and it is painful, hard, and lonely. I’m praying for you too.

But this is what happens when you fight for freedom in every aspect of your life… and I am holding on to hope because even in the midst of the hard and lonely… freedom is so worth it.

Wendy closed her message with this point, and I think it’s a pretty good one to close this blog post on, too. “We are already FREE. It’s up to US what we carry along with us.”

So let’s let go of the things we cannot control, yes?

Other people’s opinions of us? Lay them at the feet of Jesus.

Live free of the weight of people pleasing. You only need to answer to Jesus. And He’s the best friend we could ever have. 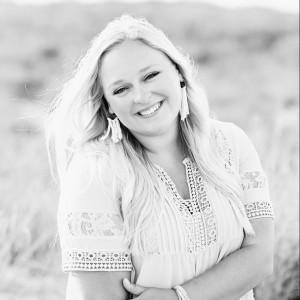 Instead You Sent A Child216 Total Shares

Bitter or Better: 5 Ways to Move on from “Church Hurt”189 Total Shares

A Lesson in Faith134 Total Shares